How to protect your vehicle’s paintwork from sun damage

Contact Us
It isn’t unusual to see New Zealand vehicles that look like their paintwork has a bad case of sunburn. In particular, the roof, bonnet, and trunk may be covered in flaking white patches as if the paintwork has been infected with some form of fungus.

New Zealand has some of the most extreme UV levels globally, with maximum summer values between 12 and 13. According to NIWA, anything over a value of 10 is considered extreme. Flaking and patchy paintwork was a problem with vehicles in the 1980s and 1990s – usually because of how primer and paint were applied back then – it is not unusual to see more modern cars suffering similar problems. Still, much of it comes down to sun damage.

Sun damage to the clear coat – the top layer of paint – can cause oxidisation, de-lamination and fading paint. But these aren’t the only problems arising from our harsh sunlight. Sun and heat can damage your car’s dashboard, deteriorate the upholstery and even ruin your vehicle’s rubber weather stripping.

Let’s face it. Most people would prefer not to be driving around in a car with flaking paint, cracked dashboard and faded upholstery. Apart from affecting your trade-in and re-sale prospects, it just isn’t a good look.

Unfortunately, sun damage is not going away either. Since 1909, New Zealand’s national average temperature has increased by 0.10C per decade. Over the last thirty years, rising average temperatures have picked up the pace to 0.31C per decade. Health experts have regularly warned us to protect ourselves from the sun with sunblock, hats and rash tops. It may be time to apply similar advice to your vehicle.

Hibiscus Coast Panelbeaters can remove light oxidisation using tools like a clay bar (which you can also buy over the counter) or a rubbing compound and buffer. However, if the sun damage is terrible, your vehicle may need sanding off, prep work and a respray. 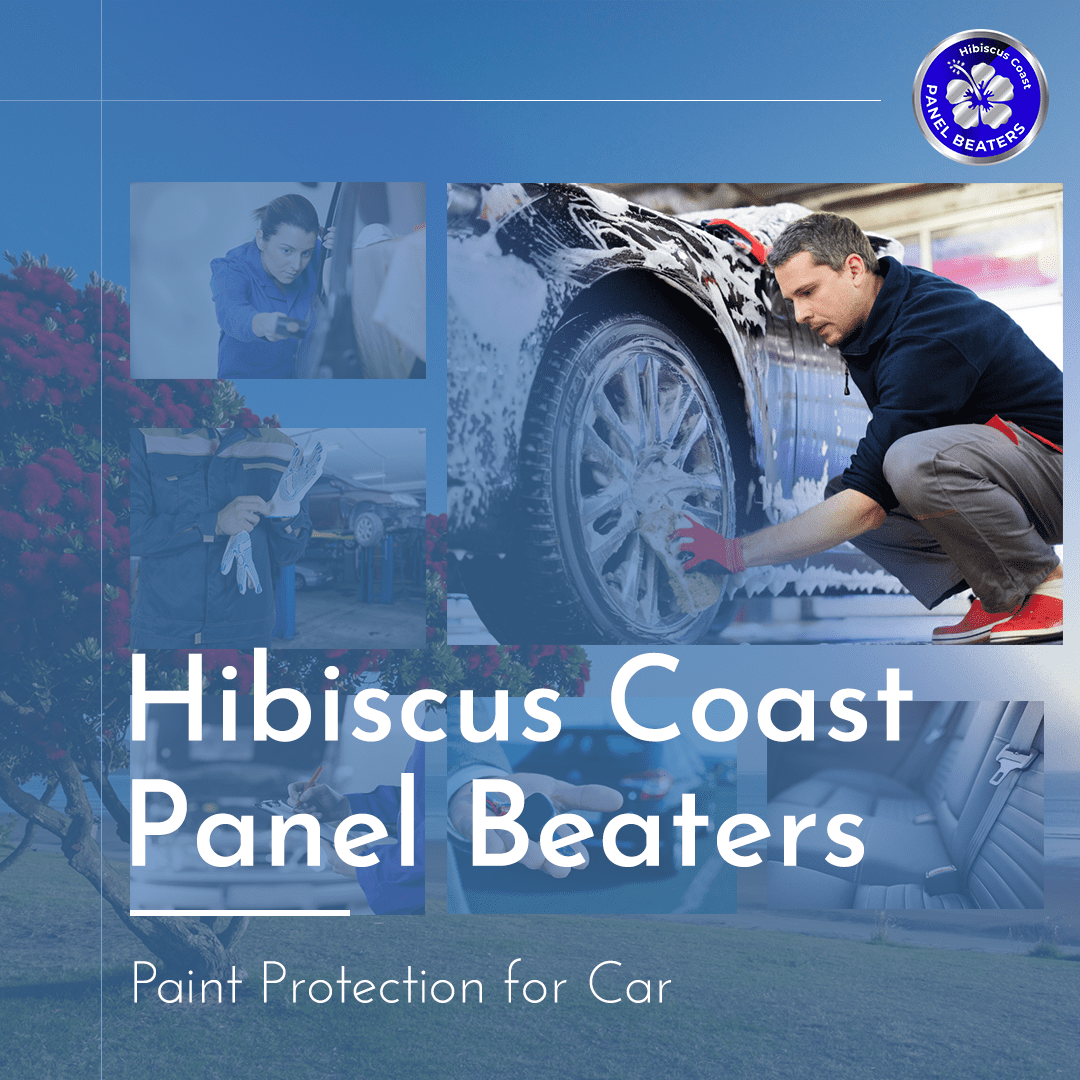 Park in the shade where possible. While parking under trees can bring other problems, like potential damage from bird droppings, this can be dealt with by a quick wipe.

Wash your car regularly – out of direct light – to remove grime, dust and dirt. Scratches from dust can damage your paintwork, which could accelerate sun damage. After every wash, dry your car and apply a layer of good quality wax protection.

Use a car cover. Suppose your daily parking is unsheltered and without shade, for example, open-air parking at a bus depot, consider using a car cover. Putting a cover over your car shouldn’t take you more than a couple of minutes, which is worth it when you realise that sun damage will take less than two years to manifest itself.

Use a windshield sun protector to shade the dashboard and interior.

Fit seat covers to protect your upholstery or a conditioner for leather seats.
For more advice or help with sun damage to your vehicle, talk to the team at Hibiscus Coast Panelbeaters about other high quality, environmentally friendly paint protection solutions on offer.
Get in Touch